Top 5 Songs for Walking Down the Aisle 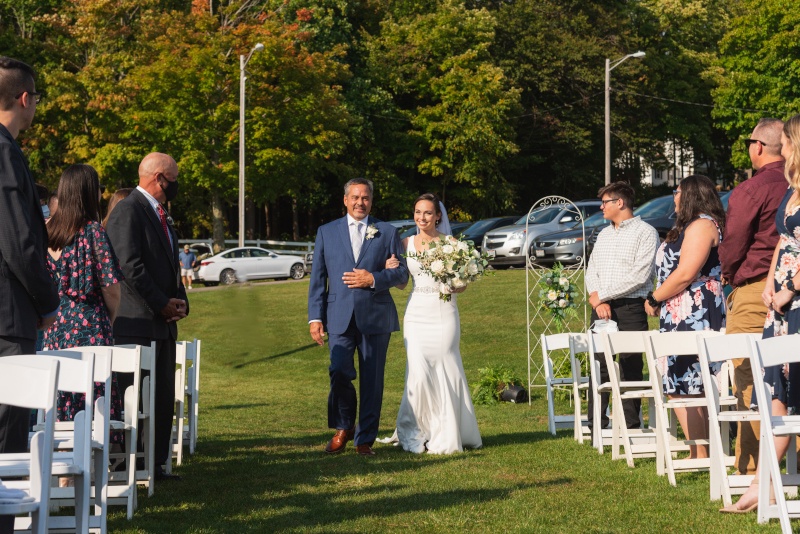 While we often associate Pachelbel Canon in D as the traditional “walking down the aisle” song, you aren’t limited to this classic. Many brides choose to walk down the aisle to more modern music – whether instrumental or vocal. See below for some of our favorite picks.

1. “A Thousand Years” – by Christina Perri

“A Thousand Years” was co-written and recorded by Christina Perri for “The Twilight Saga: Breaking Dawn – Part 1.” While it isn’t the song Bella walks down the aisle to in the movie (that is a special version of Iron & Wine’s “Flightless Bird, American Mouth”), the music video shows scenes from the wedding. It is a beautiful and romantic song for walking down the aisle.

Bruno Mars’ “I Think I Wanna Marry You” is a more upbeat song, but it is still perfect for walking down the aisle! Fun fact: In an interview with Idolator, Bruno Mars said that the song had its beginning by “just playing the chords” and then freestyling the lyrics.

This 2013 ballad is dedicated to Legend’s wife Chrissy Teigen, and she also appears in the music video. The lyrics are perfect for walking down the aisle, and the music is beautiful and romantic: “’Cause all of me/Loves all of you/Love your curves and all your edges/All your perfect imperfections/Give your all to me/I’ll give my all to you/You’re my end and my beginning/Even when I lose, I’m winning.”

With lyrics such as, “I do/Cherish you/For the rest of my life/You don’t have to think twice,” this song is the ultimate boy band song to walk down the aisle to. Country music artist Mark Wills first released this hit in 1998. One year later, boy band 98 Degrees covered the song and released it as its fourth single from “98 Degrees and Rising.” It hit No. 13 on the Billboard Hot 100 and is featured on the soundtrack for “Notting Hill.”

While this song has been recorded by several American country music artists, Rascal Flatts‘ version was highest-charting, becoming a No. 1 hit on the Billboard country music charts in 2005. Co-written by Marcus Hummon, Bobby Boyd, and Jeff Hanna in 1994, it tells how the journey through relationship heartbreak and disappointment is an important series of lessons along the broken road to finding one’s true love.

To discuss the songs you’d like to hear at your wedding and specifically those to walk down the aisle to, contact Sound Precision Entertainment at (216) 870-4513 or scott@spedj.com.