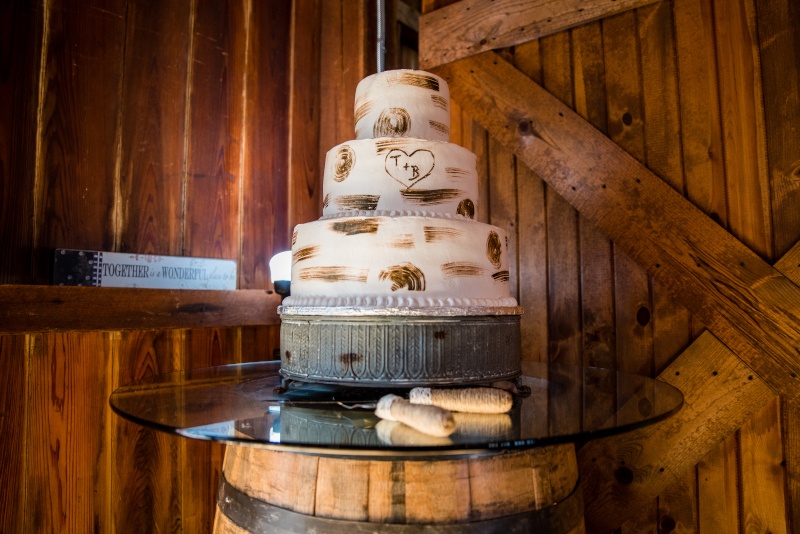 Wedding cakes are now an integral part of any reception, but most of us don’t realize the tradition actually started with a different carb – bread.

According to Southern Living magazine, the grooms of yesterday used to take a bite of bread, then crumble the remainder over their bride’s head for good luck. Guests would attempt to pick up the falling crumbs to receive a bit of good luck, as well.

Bread eventually became cake, and the whiter the cake, the better. In the Victorian Ages, a white cake symbolized money and importance as white sugar was expensive, according to The Knot. However, a white cake, like a white dress, also symbolized the bride’s purity.

The bread-crumbling tradition eventually evolved, and brides began pushing pieces of cake through their rings. Guests would then take those pieces home and place them under their pillows to potentially dream of their future husbands. This was a bit easier a few centuries ago, when wedding favors were typically small replicas of the larger cake, often a les messy fruitcake, according to The Spruce Eats.

Luckily, modern couples typically cut their cake. The actual cutting of the cake symbolizes the first activity done as a couple and also the loss of the bride’s virginity, according to The Spruce Eats.

Tiered cakes are also popular in the modern world, a tradition that comes from the Middle Ages, when confectioners often stacked layers as high as they could, according to The Knot. The couple then attempted to kiss over the cake. If they could manage to lock lips, the marriage would be blessed with good luck.

The tradition of saving the top tier of the wedding cake, on the other hand, comes from the belief that a new couple would have a child within a year of marriage. The saved cake would be used to celebrate the pregnancy announcement, birth or christening.

Interested in the history behind other wedding traditions? Check out our blog on the symbolism behind wedding rings and garters.