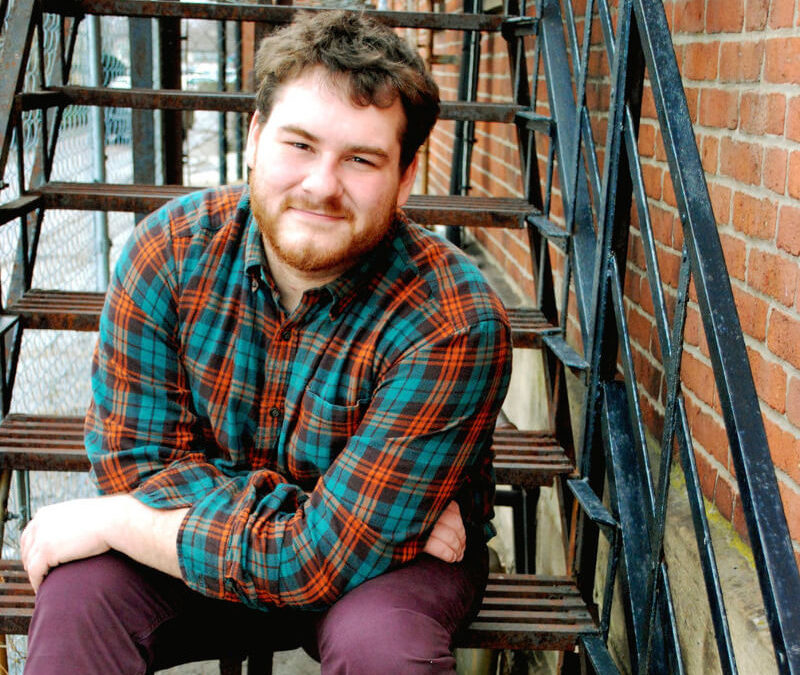 Matt Hribar is one of the newest DJs to join Sound Precision Entertainment, but he is no stranger to the microphone.

A current University Heights resident, Hribar is a Cleveland native. He graduated from Saint Ignatius High School in 2012, and then received his Bachelor of Arts at John Carroll University in 2016 with a double major in broadcasting and sociology/criminology.

“Music is so important for people, it connects us, ties us to memories and gives more of a background to our lives.”

“I love going on adventures in Cleveland,” he said. “I’m always down to try new bars and restaurants!” (Barrio is one of his favs!)

As an SPE DJ, Hribar loves pumping up the crowd with his outgoing personality. His favorite part of the job is playing and listening to music while watching a married couple enjoy the best day of their lives.

“Music is so important for people,” Hribar said. “It connects us, ties us to memories and gives more of a background to our lives.”

Now that he has a few weddings under his belt, Hribar has some advice for newlyweds.

“The best kind of relationships are those that just get better with time, like a crescendo with no limit or a wave that grows and has no beach to crash upon,” he said. “I know I’d love to meet someone who makes me feel A1 from Day 1 to Year 41. If every day is better then the last …well, you’ll always be happy, right?”

When he isn’t busy working, Hribar enjoys writing. He has written 34 novels since 2006 and competed internationally for performance poetry at Brave New Voices in 2011 and 2012. He also likes to visit the gym and experience the outdoors.

“I like to think that I can relate to most people on some level because I’m genuinely interested in so many topics and have multiple large passions in life, which I could talk about for hours!” he said.

What are your favorite songs to play at weddings?

My wedding must-haves are “Promiscuous” by Nelly Furtado and “Shawty Snapping” by T-Pain. Let’s just say those 2007 jams really get my gears going!

What are your favorite songs at the moment?

My favorite song right now is probably “Savior” by St. Vincent. My No. 1 song of the year is “Road Blaster (Maps Remix)” by M83. My favorite songs ever include “Kamikaze” by Susanne Sundfor, “When You Were Young” by the Killers and “The Power of Goodbye” by Madonna (None of those three will be played at your wedding, I promise!).

If you were getting married, what would be your must-haves?

I’d definitely need string lights, an incorporation of nature, an open bar and plenty of fun shenanigans during the party.

Who or what inspires you?

My family, friends, colleagues and myself inspire me to live life to the best I can. These are the people who push me, challenge me to evolve and hear me out whenever I’m unsure what to do (I’m a Libra, and surprisingly fit pretty well to Libra descriptions!). Creatively, I’m inspired by the natural world, people’s stories and experience, dreams and music!

What is your favorite holiday?