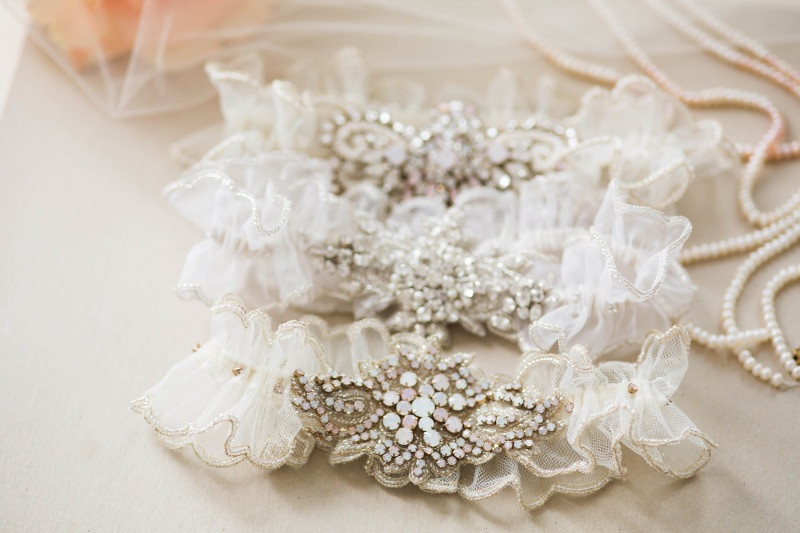 While the garter toss has become increasingly less popular at modern weddings, many brides still choose to wear a garter underneath their wedding dress. So how did this tradition begin?

In the past, women commonly wore garters to hold up their stockings, but with the advent of elastic stockings and pantyhose in the 1960s, they became less popular, and most modern women no longer wear them.

The garter toss has an interesting history beginning with the medieval belief that obtaining a piece of a bride’s wedding gown would bring good luck, according to BrideBox.com. This led many women to literally rip a bride’s dress to shreds to possess a piece of the precious fabric.

Eventually, brides began wearing a bridal garter to supply guests with a piece of the dress without damaging it.

The newlywed couple would also provide the garter to family and friends as proof of the marriage’s consummation. These stakeholders would wait outside the bedroom, often heckling the couple, until the groom provided the prize. Eventually, the groom began the more discreet practice of tossing the garter to guests prior to entering the bedroom, according to Reader’s Digest.

The tradition eventually evolved to the groom publicly removing the bride’s garter during the reception, usually by ducking under her dress and making a show of pulling it down. The bride typically dons the toss-away garter right before the toss or wears it below a more formal garter reserved for her partner.

Modern brides typically wear the garter a few inches above the knee to make it easier to remove without showing too much skin to friends and relatives, according to BrideBox.com. This also makes for more tasteful photos. There is no particular leg that is more common for garter wear, so brides most often choose whatever is most comfortable.

However, the garter toss may eventually cease due to couples’ aversion to the overtly sexual tone of removal in front of their friends and family.

Interested in the history behind other wedding traditions? Check out our blog on the symbolism behind wedding rings.